April Rolle had a leafy green problem. The busy doctor loved salads, but she hadn’t had any luck growing lettuce or other salad components in her outdoor container garden, and because of her schedule, she never ended up using all of the greens she bought before they went bad. Then she discovered Gardyn, a smart indoor hydroponic garden that allows home gardeners to grow up to 30 kinds of vegetables and salad greens inside year-round.

“Gardyn allows you to pick a fresh salad whenever you’re ready,” says Rolle, who started using the device in June.

Sixteen million people picked up gardening during the pandemic, and according to the National Gardening Association, 67 percent were either growing or planning to grow vegetables, herbs and fruits in 2021. But not all of those people are growing food outdoors. Some, like Rolle, are using intelligent indoor gardens, like Gardyn, Lettuce Grow or Click and Grow, among other systems to grow food in living rooms, kitchens and even tiny studio apartments.

The companies, which use soilless farming techniques—mostly hydroponic growing systems—ship seed pods that consumers place in mini-farms that include a water tank and, depending on the model, grow lights and even WiFi. Designed to give you all the benefits of a garden without most of the work, they also help bring people closer to their food.

Growing up in Provence, France, Gardyn CEO and founder FX Rouxel was surrounded by local markets and fresh produce. Years later, as an adult living in Maryland, he started to take a closer look at our food system. 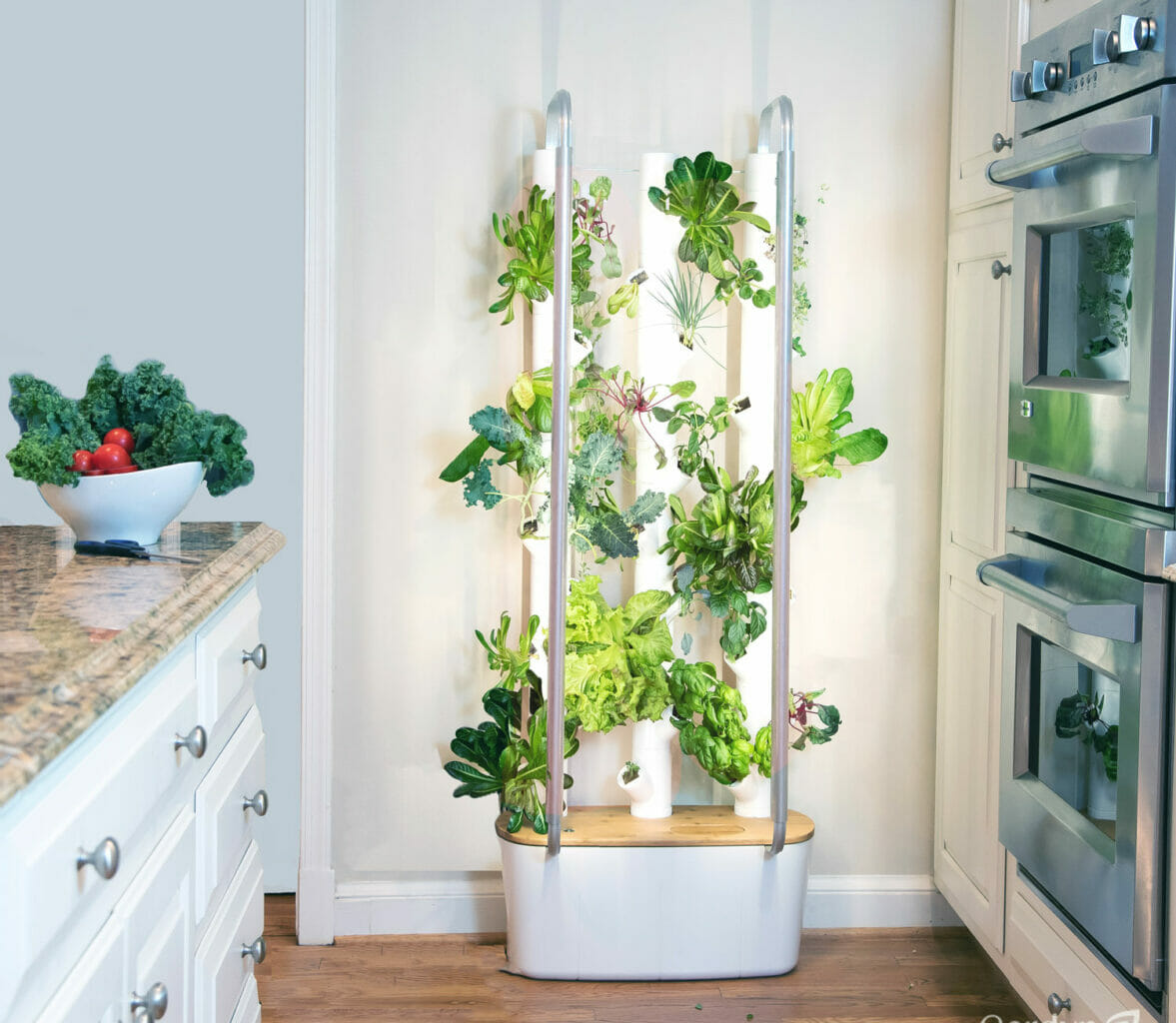 Indoor smart gardens have operated on a large scale for decades. The idea of vertical indoor farms was popularized by Columbia University professor and microbiologist Dickson Despommier and his students in the late 1990s and early 2000s. They were seeking to answer one of the world’s biggest problems: how to feed a growing worldwide population, especially with more people centered around cities, and how to produce that food more efficiently and sustainably.

Today, companies such as Gotham Greens, Bowery Farming, AeroFarms, Forward Greens and Upward Farms use some type of indoor vertical technology-based farm to grow produce that appears on supermarket shelves. You can also source such greens through CSA-like memberships such as Willo.

But it’s only been in the past few years that these massive farms have become available to the general public on a smaller scale. And with this new wave of indoor mini-farms, more and more people are discovering how rewarding it is to grow their own food.

That’s the case in my home. One of the first things my toddler does when she gets up each morning is check on the plants in the Click and Grow system in our kitchen. And the only way I can get her to eat things like tomatoes and kale is by letting her pick them herself from the garden.

“It’s easy and practical,” says Emma Sophie, founder at Evergreenseeds, who uses the EVE Small Easy Indoor Garden to grow more than 200 different plants. “Per month, it yields up to seven pounds of greens for me, which are more than enough. I control the growth of my plants via an app with automated lighting and watering. One of the best things about this is that no soil is needed, hence no mess! The plant has no pesticides and gardening works throughout the year. Sometimes, to give it a more aesthetic look, I grow flowers.”

The systems are not inexpensive. The Click and Grow indoor garden, one of the cheaper options, starts at $99.95, and some of the more advanced systems can cost nearly $1,000, plus you have to buy the seed pods. But for many people, the benefits of the easy-to-use systems are more than worth the cost.

“Using the Gardyn has been very easy since it runs itself,” says Rolle. “I’ve been growing mostly different varieties of lettuce, peppers and tomatoes that come with the system.” Next, she plans to experiment with growing some of her own seeds.

For myself and my toddler, the simplicity of the indoor grow system is a nice way to transition into and out of our cold New England months. My daughter can taste tomatoes and watch them grow all year long—sometimes outdoors and sometimes in.

What to do before you put your house on the market : South Florida Caribbean News

Sat Sep 11 , 2021
Have you ever found yourself in a situation where you are ready to sell your home but don’t know what to do before putting it on the market? It’s understandable if the answer is yes. There is an overwhelming list of things to do before placing your house on the […]