SOUTH BEND — Most people see a factory when standing on the concrete floor and looking around the cavernous building at 206 E. Tutt St. Otho Farrow stands at the front of his small 1,600-square-feet section and sees a farm. Farrow, a native of Niles, will soon bring indoor hydroponic vertical […]

SOUTH BEND — Most people see a factory when standing on the concrete floor and looking around the cavernous building at 206 E. Tutt St.

Otho Farrow stands at the front of his small 1,600-square-feet section and sees a farm. Farrow, a native of Niles, will soon bring indoor hydroponic vertical farming to the Sibley Center.

Farrow’s company, Metropolis Greens, will grow leafy greens such as spinach, kale and lettuce inside of structures that look like shipping containers but are actually designed to grow food vertically.

Farrow does not have much experience in farming, but he’s a born entrepreneur who spent much of his adult life working in corporate sales, advertising and public relations.

“I’ve worked for a lot of different companies, and throughout my career, I’ve always been an entrepreneur,” he said.

Farrow’s work and entrepreneurial experience means he always had a sense of emerging technologies and trends, and he believes hydroponic vertical farming checks off a lot of boxes for what can be an emerging trend.

The concept is hot enough that one such business has already taken root in South Bend. Pure Green Farms has been growing lettuce indoors on West Calvert Street in South Bend, making its first shipment to stores earlier this year.

Similar endeavor:A hi-tech indoor farm in South Bend hopes to take a bite out of the lettuce market

For Farrow, a 1988 Niles High School graduate, his introduction to vertical farming came while he lived in New York, where he moved a few years after graduation. Farrow said he needed to enter the work world and mature.

“I just ended up winging it,” he recalled. “I didn’t know anyone, but I had a little money, so I moved into an apartment in Brooklyn and figured it out from there.”

He worked jobs, including one at a company that specialized in filming food for commercials. Farrow went to college and earned an associate degree in business administration and bachelor’s degrees in public relations and advertising. Farrow then went to work in those industries.

New York is where Farrow got his full introduction to urban farming, as well as vertical hydroponic farming.

“I saw a number of small companies In New York develop hydroponic farming opportunities to handle the problem of food deserts,” Farrow recalled.

“The first one that was prominent there was done in Brooklyn by a company called Gotham Greens.

“They built a facility on the roof of a Whole Foods.”

Another company did vertical farming out of structures that looked like the shipping containers that you might on see on a freight train.

These efforts sparked Farrow’s imagination and he kept them in mind when he returned to the Michiana area in 2018. Still, he didn’t have time to act on the idea because he had a job working for Uber Freight.

Then the pandemic emptied the highways and Farrow got laid off.

“The pandemic was unfortunate for the world, but fortunate for me, because when the pandemic occurred and I got laid off, that allowed me to focus exclusively on what I wanted to do,” he said.

Farrow received a loan through the United States Department of Agriculture, and representatives from the agency will come to inspect his site soon. Farrow said that he hopes to be up and running by October if he receives final approval.

Then he will be able to buy the two containers where he will grow the food.  “They look the same as what you would see on freight trains or boats,” he said.

In vertical farming, the crops are set up vertically in a structure instead of horizontally on the ground. The seeds are germinated in one section, and then they are moved to vertical grow racks where they are watered and exposed to LED lights inside of the shipping container-like structures made specifically for growing plants indoors.

The plants are not grown in dirt. Instead, the root stems are constantly being nourished with water that comes from tanks. The water is recycled, and nutrients have been added so that the plants receive the proper nourishment, Farrow said.

“Our mission and focus are to grow the highest quality, highest nutrient-dense food as possible and have that be accessible to food deserts,” he said.

He said that Metropolis Greens would make it possible for people to get products such as kale within a day or two. He said that leafy greens that must be transported from other parts of the country lose up to a half of their nutritional value by the time they are purchased.

“That is why if you buy any kind of leafy green you have to use it within two or three days or it’s going to wilt,” he said. “These products, because they are grown locally, so they can last for two weeks.”

And because they are still attached to their root system generally, they can live up to 30 days with about 80 percent of their nutritional value.

Growing the food inside a climate-controlled building such as the Sibley Center means that Farrow can grow year-round.

Ann Voll, who owns the Sibley Center, said that the containers could have been placed outside.

“We have a large parking area which would have facilitated that, but once he saw the building, he realized that placing the containers inside would be a better solution,” Voll said.

Voll said that she is looking forward to seeing what Farrow can do.

“I’m intrigued and very enthusiastic to see that he can potentially succeed in this endeavor,” she said. 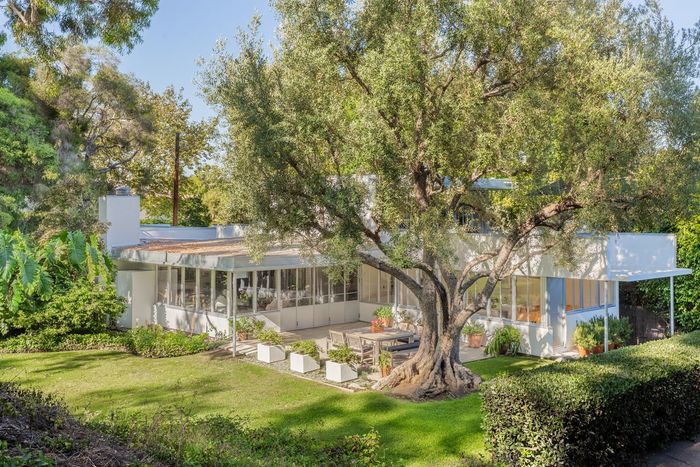