The small container has two acres worth of food growing inside (photo by Anna Gibbs) Please Support Local Advertisers Local vegetables grown indoors in Ipswich, MA by Anna Gibbs The national trend to shop locally has skyrocketed in recent years. And thanks to a couple global crises – a warming climate […]

The national trend to shop locally has skyrocketed in recent years. And thanks to a couple global crises – a warming climate and a raging pandemic – it’s a trend that is here to stay. Increasingly, consumers want to buy ethically and closer to home; shopping locally achieves both. New research shows that 41% of consumers intend to buy more locally going forward.

On the North Shore, the hardest part of buying locally-grown produce is deciding where to buy it from – that is, until the growing season ends with the first frost. The short season makes it challenging for farms to keep up with the year-round demand for produce.

A possible solution? Grow it inside an air-conditioned unit shielded from the elements.

That’s exactly what’s happening in the fields of Northern Lights Farm Stand. On a sunny Tuesday morning, I decided to check it out.

In front of the main building, black-eyed Susans and petunias overflow into the parking lot. Monarch butterflies flit around me, and a swallow swoops low nearby. As I walk behind the stand, I feel like I’m entering a secret garden. And that’s where I find the 40-foot-long insulated shipping container nestled amongst the flower beds.

The “Freight Farm,” a shipping container turned agricultural unit, was part of the package deal that came along with Nate Brown, the farm’s hydroponic engineer. When Nate sought to relocate his portable farm in spring 2019, Northern Lights offered it a home in their backyard.

It may not look like much from the outside — a nondescript green crate — but a lot is happening inside. The creators of the Freight Farm, a Boston-based AgTech company founded in 2013, didn’t just move traditional farming indoors. Instead, the crops inside the container are grown entirely without soil, a method of alternative farming called hydroponics. Hydroponically-grown crops receive all their nutrients from a watery solution. Without the need for soil, they can be stacked one on top of another to save space.

I find co-owner Peter Johnson crouching in a flower bed near the container planting rows of gladioli bulbs. The farm has over a hundred varieties of flowers that attract customers who come to pick their own bouquets. But their other popular crop — leafy greens — is hidden inconspicuously in the metal crate, its own kind of secret garden.

Peter continues planting the bulbs as he introduces me to Trevor Cormier, hydroponic engineer-in-training, who offers to show me around the Freight Farm. When we walk through the container door, it takes a minute for my eyes to adjust to the low lighting. This farm is the opposite of the flurry of overgrown life outside: it’s dark, cool, and organized. Everything glows red and blue from the LED strips hanging from the ceiling, and the air conditioner keeps the space at a chill 63 degrees.

A long aisle runs down the center of the container, formed by narrow blocks called “towers” dangling like white stalactites from the ceiling. If you peer down either side of the aisle, leaves burst out of the towers: lettuce, kale, and multiple varieties of culinary herbs. The 320-square-foot space has an annual output of one to two acres of produce.

The antithesis of traditional farming, the system regulates everything: temperature, watering, nutrients, light. Whereas crops usually depend on the whims of the season — a cold spell, a drought — the Freight Farm chugs along with no awareness of the outside conditions, reminiscent of the automated house in Ray Bradbury’s sci-fi story “There Will Come Soft Rains.”

This summer brought heavy rains, but that hasn’t been an issue for the Freight Farm crops. Water flows a consistent predetermined amount, day in and day out. Trevor points out the main pump, which is connected to narrow pipes that snake along the ceiling towards the back. Every 25 minutes for 18 hours a day, the pump runs for five minutes, carrying water and essential nutrients into the towers.

Light, too, comes at the press of a button; the LED lights shine for 18 hours a day. The temperature stays steady year-round, which is helpful for the lettuce not only in February but also July, because lettuce gets stressed in the heat.

“Just put it on auto, and it does the job for you,” says Trevor.

The system is remarkably efficient. Despite the consistent watering throughout the day, it actually doesn’t require much water. Leaves release water vapor when they photosynthesize, and the Freight Farm is able to capture and recycle this water. The LED lights use minimal amounts of electricity, but Peter hopes to install solar panels soon to reduce their energy usage even more.

Some tasks still need to be done by hand, like planting the seeds in K-Cup-shaped chunks of soil. Three or four weeks later, Trevor and Nate will wedge the seedlings into a water-absorbing material that lines the towers. About a month after that, they can begin to harvest the spoils.

Everything grown in the Freight Farm is sold at the Northern Lights Farm Stand. The salad mix is particularly popular. “The taste is wonderful,” says Peter. “Everyone keeps coming back for more.”

As the demand for local produce has increased, indoor, vertically-grown hydroponics help solve the problem of supply — and not just in the winter. “There’s simply not enough agricultural land these days,” says Peter. Hydroponic systems can be stored anywhere, from a classroom to a field to the top of a building.

The systems aren’t cheap. Today’s Freight Farm model runs nearly $140,000. And even though they optimize the available space, that space is limited. “We could use another one to keep up with production,” Peter notes. Still, the labor required for a Freight Farm is much lower than what’s needed in the fields. Nate can control the whole system from an app on his phone.

“Once you get it down to a science, it’s very simple,” says Trevor. “And simplicity is golden!” Peter quips.

Achieving simplicity in the modern age is not so simple. Farmers need to be receptive to new growing methods, automated machinery, and social media. But the innovations in the AgTech world are creating a reality in which local farms have a chance at competing with large-scale producers because consumers can buy locally year-round.

As I exit the cool world of the Freight Farm and reenter the world of flowers and soil, I feel glad that we have both. 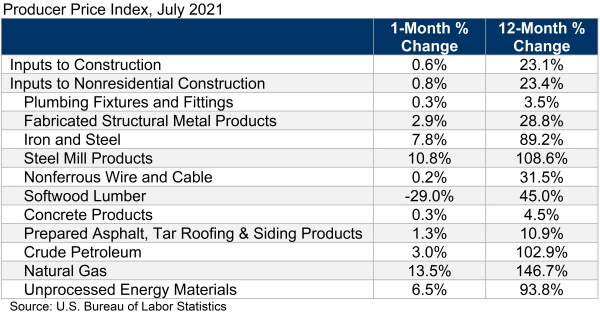