Perforated Architecture: 20 Projects that Bring Back the Historic Musharrabiya The TerraMater Store / RENESA Architecture Design Interiors Studio. Image © Niveditaa Gupta Share Share Facebook Twitter Pinterest Whatsapp Mail Or https://www.archdaily.com/963042/perforated-architecture-20-projects-that-bring-back-the-historic-musharrabiya There is often an intricate relationship between architecture and the environment. Each part of the world has defined […]

Perforated Architecture: 20 Projects that Bring Back the Historic Musharrabiya

There is often an intricate relationship between architecture and the environment. Each part of the world has defined its own architectural techniques based on its unique climatic conditions. However, environmental concerns in the 21st century provoked new techniques, implementing solutions to preserve natural resources and provide thermal comfort. While some opted for a futuristic approach with mechanical and technologically-advanced solutions, others decided to go back in time and explore how civilizations protected their people, architecture, and environment when they had nothing else to resort to but the environment itself. In this article, we look at how Musharrabiyas found their way back into modern-day architecture as significant vernacular features. 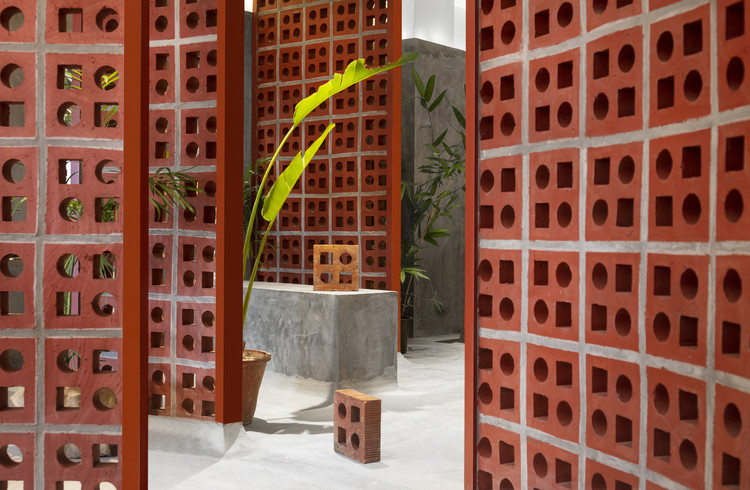 The Mediterranean region’s climate is characterized by a hot and often dry weather due to the fact that it is surrounded by deserts, whether it is the Sahara in North Africa, or the desert in the Arabian gulf. Naturally, structures in ancient times were not equipped with mechanical ventilation systems, so they were designed to tackle the natural conditions and optimize indoor thermal comfort by relying on natural resources. The Musharrabiya, also known as Mashrabiya, was first introduced in the Arabic regions of the Middle East and North Africa. It is believed that its name came from the Arabic word “Sharab” which translates to “drink”, due to the fact that the Musharrabiya referred to a cool, shaded place where one can drink water from a clay pot. Others believe that the word was derived from “Mashrafiya” which translates to “an observation place”, which is why it was often associated to a small protruding wooden balcony in houses.

The Musharrabiya was first implemented as a traditional architectural element that covers openings and windows not just for thermal purposes, but for cultural reasons as well. By definition, it is a perforated screen made of wood, clay, or stone, that regulates light, heat, ventilation, and humidity, and created a space of privacy that’s not too obscure. Privacy was a very important factor as it is one of the core distinctive value of Islam. Its perforation patterns were derived from Islamic patterns and motifs, and each pattern uniquely served a specific purpose; detailed designs were used for spaces that required more privacy, whereas as large geometric forms were used for more public spaces that needed bigger air flow and light. The Musharrabiya became a prime example of how aesthetics and functions can go hand in hand.

Although the Musharrabiya is of Arabic origins, it was used in Brazil during the Portuguese colonization, under the name of Muxarabi. Its application has decreased throughout the years with the emergence of new solar filtration resources, but it is still possible to find contemporary projects in the country, and across the world, that use the architectural element. However, Musharrabiyas were reimagined to fit modern day requirements, as they are considered an expensive feature in terms of manufacturing and maintenance. Privacy is also no longer a crucial factor since the architecture itself is now built to provide it. Regardless, the Musharrabiya witnessed an evolution of its own in terms of its shape and materials, adapting to the architectural requirements of the 21st century.

As previously stated, Islamic architecture was characterized by preserving privacy. Musharrabiyas were used to block the vision of neighbors or people walking on the street, and prevent them from looking through what is beyond the perforated walls. In countries were climate conditions were extreme, facades were built entirely as Musharrabiyas to allow natural airflow and light diffusion within all of the building’s spaces, and maintain the residents’ privacy. The most common used materials were clay, brick, and stone.

House for a Daughter / Khuon Studio

While Musharrabiyas were considered devices that separate between private and public spaces visually, people often wanted more light or openness into certain areas of their spaces, so they installed Musharrabiya screens that can be moved or opened to give the user the ability to adjust according to his/her own needs. The most commonly used material for screens is wood, due to the fact that it is lightweight and easily maneuvered.

In terms of interior partitions, Musharrabiyas were installed as a soft intervention that’s not too imposing or disruptive to the space, opening two spaces together while maintaining their respective boundaries. In addition to them being functional, they also added a decorative sense to the interior space. Depending on the design concept, interior partitions were often made of wood and clay, limiting the amount of weight being imposed on the floors.

The 21st century saw an increase of high-rise glazed towers, which made it difficult to implement traditional Musharrabiyas due to its manufacturing and maintenance cost, as well as efficiency in such architectural typologies. However, these buildings required a frugal and efficient solution to avoid the high expenses of energy consumption, which is why architects decided to return to the historic techniques, but in a modernized context. Digital fabrication has allowed architects to recreate the traditional Musharrabiya as a substitute to all-glass facades. Several projects adopted the traditional architectural element as an integrated layer of the building’s facade system, to make use of its functions and aesthetics.

Find more projects of Musharrabiyas in architecture and interior spaces in this My ArchDaily folder created by the author.

This article is part of an ArchDaily series that explores features of interior architecture, from our own data base of projects. Every month, we will highlight how architects and designers are utilizing new elements, new characteristics and new signatures in interior spaces around the world. As always, at ArchDaily, we highly appreciate the input of our readers. If you think we should mention specific ideas, please submit your suggestions.

Transforming Traditions: Winners of 2021 iF Design Award and Their Extravagant Interior Designs

Tue Jul 27 , 2021
Transforming Traditions: Winners of 2021 iF Design Award and Their Extravagant Interior Designs Courtesy of iF Design Awards Share Share Facebook Twitter Pinterest Whatsapp Mail Or https://www.archdaily.com/965407/transforming-traditions-winners-of-2021-if-design-awards-and-their-extravagant-interior-designs A room, a life. Nowadays we spend most of our time in closed spaces. Ideally, they should suit us and be conducive to […] 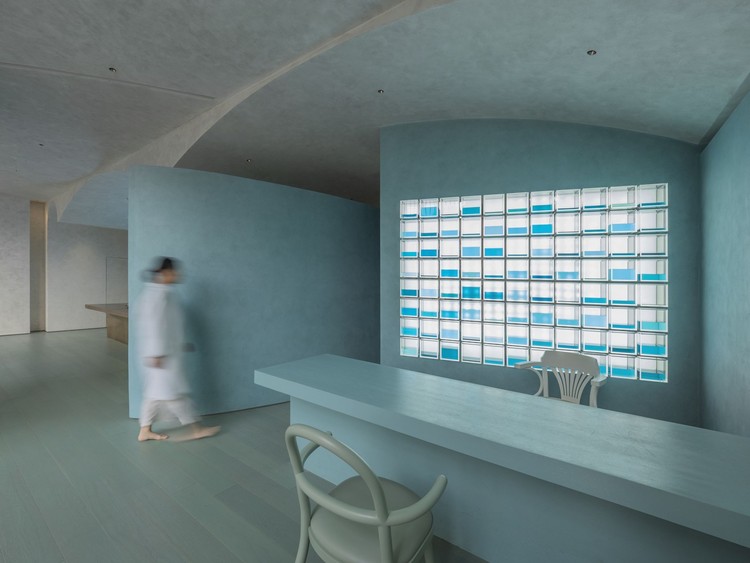