A federal appeals court has ruled the Palm Beach Architectural Commission didn’t violate resident Donald A. Burns’ First Amendment rights to freedom of expression by denying his request to build a modern-style house on an oceanfront property on the island’s North End.

This month’s majority opinion — issued by the U.S Court of Appeals for the 11th Circuit — generally supported the town’s long-standing position that it has a right to regulate the architecture on its streets to ensure that nearby structures are not strikingly out of character with one another, either in scale or appearance.

“In other words, the town doesn’t want elephants next to poodles,” the opinion stated.

The decision also said architectural commissioners had not  violated Burns’ 14th Amendment rights to due process when they reviewed the house plans.

And the appeals court ruled the lower district court provided Burns with adequate time to present evidence to support his arguments.

The opinion issued June 8 upheld a 2018 ruling against Burns by the U.S. District Court for the Southern District of Florida.

Burns had sued the town in 2017, about a year after the Architectural Commission voted 5-2 to reject the design of the house he wanted to build at 1021 N. Ocean Blvd. Last October, Burns sold the property for a recorded $28 million and bought another Palm Beach house with modern-style architecture.

The contemporary-style mansion Burns desired on South Ocean Boulevard would have replaced his much smaller Bermuda-style house, which he had owned for nearly two decades when he filed his case.

Burns’ attorneys argued in court that the new house better reflected his identity and outlook, which had changed over the years. The modern-style house would communicate to the world “that it is not old-fashioned; it is clean, fresh, independent, modern and different from what I, and my prior home, were in the past.”

The Architectural Commission’s rejection of the design came after several months of discussion and multiple demands for the architect to scale down the design. Burns’ neighbors also objected to the style of the architecture and the house’s size, which they said would encroach on their privacy.

The board ultimately decided the house would be “excessively dissimilar” — a legal term — to other homes within a 200-foot radius and would be inharmonious with the character of the neighborhood.

This month’s appellate decision was not unanimous, with two justices voting to affirm the lower court’s ruling and another dissenting.

The dissenter, Judge Stanley Marcus, wrote a 66-page opinion and argued, in part, that the First Amendment “protects art, like architecture, and it protects artistic expression in a person’s home as powerfully as in the public sphere, if not more so.”

Marcus also acknowledged that few courts have wrestled specifically with the issues addressed in Burns’ case. “Although we are one of the first courts to address this issue of First Amendment protection of residential architecture, this should not dissuade us from our task,” he wrote.

Could passersby have seen the architecture?

But writing for the majority — in a 70-page opinion — Circuit Judge Robert J. Luck said Burns had failed to present compelling evidence in the lower court to prove that the town had trampled on his constitutional rights to free speech regarding the house he had proposed to build. Judge Ed Carnes joined Luck in the majority.

The ruling acknowledged that Burns’ First Amendment argument hinged on his assertion that the contemporary-style house would have conveyed to the world a message about his “evolved philosophy of simplicity in lifestyle and living with an emphasis on fewer personal possessions.”

But a big problem with that argument, Luck wrote, was that the view of the house by passersby would have been blocked by landscaping, a louvered gate and other architectural elements.

“A reasonable viewer would not infer some sort of message from Burns’ new mansion because, quite simply, a viewer [couldn’t] see it,” Luck wrote.

And even if a passerby saw the house, Luck wrote, “there is no great likelihood that some sort of message would be understood by those who viewed Burns’ new beachfront mansion.”

West Palm Beach attorney Joanne O’Connor of Jones Foster, who represented the town, said in a statement that Burns never raised the First Amendment issue during the project’s review before the Architectural Commission.

“Mr. Burns never claimed that he intended to ‘convey a message’ through the design of his home until he filed this lawsuit, after the Town Council had properly affirmed the decision reached by its expert architectural review commission and denied Mr. Burns’ proposed development,” O’Connor said.

The issue was not one of free speech, she said, but the right of the town to enforce its zoning code by preventing an “oversized house” from being built “on a nonconforming, undersized lot.”

In evaluating the constitutional evidence, Luck wrote, the house Burns wanted to build did not meet the standard of “expressive conduct” — a free-speech definition established in a previous court case that might have offered the house First Amendment protection. The reason it didn’t meet the standard was because “its predominant purpose” was to serve as a house — and not a vehicle of communication — “as shown by its location, design, and use.”

And because the architecture didn’t qualify as “expressive conduct,” Luck wrote, a key question remained unaddressed by his court: “(W)e do not decide, and save for another day, the harder issues of whether residential architecture can ever be expressive conduct and, if so, what is the proper First Amendment test.”

The appeals court also said the architectural board’s standards “were not unconstitutionally vague” nor did Burns present evidence “that the commission applied its criteria differently for him than for other similarly situated mansion builders.”

In his dissent, Marcus quoted case law that said that in First Amendment cases, the U.S. Supreme Court has instructed appellate judges to “to independently review the factual record to ensure that the … court’s judgment does not unlawfully intrude on free expression.”

Marcus’ dissent said that by sidestepping the issue of whether a house “can ever be expressive conduct,” the majority opinion “virtually ensures that no piece of residential architecture will ever garner First Amendment protection — an outcome that is, as I see it, at odds with the meaning of the First Amendment.”

And in any case, Burns’ proposed house met the standard of expressive conduct, Marcus wrote: “Like a raised fist during the Pledge of Allegiance, seeing (Burns’) home among the other, more traditional homes on Ocean Boulevard communicates a generalized message of difference, of individuality, and of modernity.”

Marcus rejected the notion that the house would be completely screened from view. He mentioned guests who might be invited to the property as well as beachgoers who would walk past the east side.

Marcus also criticized the lower court leaving “an incomplete record” by not delving more deeply into the First Amendment issues or demanding more evidence about how and why the architectural board rejected the design proposed by Burns.

“The First Amendment represents a powerful commitment to free expression, a commitment that does not stop at the edge of the printed page or the painted canvas. When that freedom is in jeopardy, the courts must step in to preserve it,” Marcus wrote.

More: Donald Burns gets $28 million for Palm Beach house that figured into his First Amendment lawsuit against town

In a statement emailed to the Palm Beach Daily News, Donald Burns said he and his legal team were disappointed with the appellate court’s decision regarding the lawsuit’s claims.

But, Burns wrote, “we are pleased with the exceptionally thoughtful and concise dissenting opinion authored by Judge Marcus. We are considering our next move (in the courts).”

In 1993, Burns co-founded and served as president and chief executive of Telco Communications Group Inc., a long-distance service provider that in 1997 sold for $1 billion to Excel Communications Inc. His online resume also includes serving as chairman of magicJack, which pioneered Voice over IP technology. 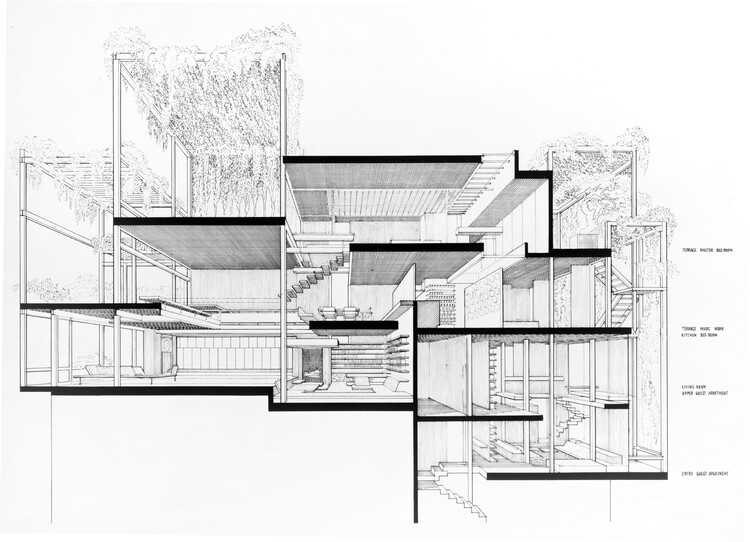