Introducing Power Players, a new column dedicated to the women in architecture we admire: those who are shaping the profession, advancing the discourse and designing a better built world for everyone.

As long as she has been practicing architecture, Jenn Chang has had housing on the brain. “The thinking behind housing hasn’t changed since Levittown,” says the SHoP Architects alumna who worked on high-end residential projects in New York like the American Copper Buildings and 111 West 57th, the terracotta-clad supertall currently topped out on Billionaire’s Row in Manhattan, while at the firm. “We still see the same standard residential models that are tied to the idea of the nuclear family.” The problem, she explains, is that while the definition of family has expanded, design hasn’t. “People have organically changed their way of living,” she observes. “The architecture needs to catch up.”

As the recently appointed vice president of studio at Common, a role in which she serves as the director of the company’s architecture studio, she is helping that residential design into the 21st century. With a focus on communal living, the company designs and manages rental apartment buildings across the nation. Chang’s studio is reinventing these homes for the way people actually live, and how she believes they increasingly will (and should) live in the future. An interior designed by Jenn Chang and team at Common’s new project in Philadelphia. Photography by Breanne Furlong for Common.

Her own journey to architecture began in Scandinavia, where the undergraduate economics major fell in love with design during study abroad through the DIS Copenhagen program. She “found her people” in the architect-type creatives there, touring major projects by firms like MVRDV that inspired her to return to the States and apply to Columbia GSAPP. It was the “perfect introduction into housing for a future architect,” she says.

After architecture school, the talent was snatched up by New York’s SHoP Architects and cut her teeth on luxury residences. “It’s really fun to work on these high-profile projects. You get exposed to a lot and get to work with the best of the best. But I think there was always a part that was a little unrelatable to me,” explains the architect of her time designing these high-end towers for living. Looking for a change, she found Common and was intrigued by the chance to innovate on the housing market with the lessons learned from luxe.

A communal interior designed by Jenn Chang and team at Common’s new project in Philadelphia. Photography by Breanne Furlong for Common.

Now, Chang begins each coliving project with the idea of “layered intimacy,” the variety of privacy comfort levels one has in different spaces in the home. In the kitchen, for example, cooking might be a comfortable group activity while sleeping or showering would call for single user ability. “Nesting spaces within each other by intimacy level, you end up with a calibrated environment where every space feels like what you intended it to be,” she explains of the process to design this alternate living type, which also involves the input of a variety of experts—developers, lenders, venture capitalists—as well as the renters themselves. Common is currently operating in ten cities in the United States with plans to expand to Europe soon. “We get to ask the questions: How do people live? And how do you actually design for it in real and urgent ways?”

While the coliving concept is not unique to Common, she believes it is something that, if adopted ubiquitously around the globe, can help alleviate one of the largest issues we face today: the housing crisis. Though the topic has taken a bit of a backseat in the news as the COVID-19 pandemic topped the headlines this past year, the problem has not lessened. In fact, argues the architect, it’s likely gotten worse. “The housing and affordability crisis is incredibly real and it’s going to come back worse than ever,” she says. “Dealing with density and housing are extremely urgent and timely design responses that need to happen now.” According to Chang, communal living could be the solution urban planners have been searching for.

Craving more culture? Sign up to receive the Cultured newsletter, a biweekly guide to what’s new and what’s next in art, architecture, design and more.

Wed Aug 4 , 2021
Aeration prepares soil for overseeding. With grass seed, you get what you pay for. Purchase high quality, blue or gold-tag seed with a blend of three or four grass cultivars. SARAH BROWNING […] 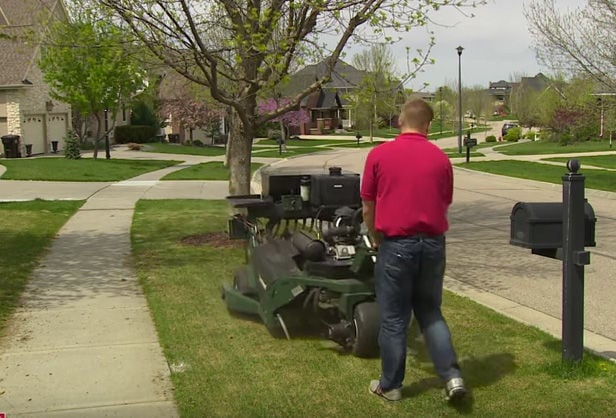