When it comes to interiors, Marsha Mason is a drama queen—literally. After four Academy Award nominations and two Golden Globe wins in the 1970s and ’80s for films like The Goodbye Girl and Only When I Laugh (not to mention a host of Grammy, BAFTA, and Emmy nominations), one should […]

When it comes to interiors, Marsha Mason is a drama queen—literally. After four Academy Award nominations and two Golden Globe wins in the 1970s and ’80s for films like The Goodbye Girl and Only When I Laugh (not to mention a host of Grammy, BAFTA, and Emmy nominations), one should expect a fair amount of histrionics to be on display inside any home she designs for herself. The film-and-stage actress’s latest, a 2,300-square-foot house in Washington, Connecticut, is a Cleopatra-style epic—and one that won’t nearly bankrupt 20th Century Fox.

Marsha Mason pours herself a glass of water on a custom island she designed, beneath pendants from YLighting. The faux-parquet floor is of trompe l’oeil porcelain tiles.

According to Mason, the house was originally intended to be a getaway for her and her dog, Tootsie, while she was starring in an Irish Repertory production of Little Gem in 2019. “I had a sublet in New York City, which I gave up in February 2020,” she says.

Since 2014, after selling a sprawling 7,000-square-foot farm she designed for herself on 250 acres in New Mexico, Mason spent time renting homes around Connecticut to become acquainted with the state’s bounty of idyllic townships. She ultimately chose Washington, a rural town in Litchfield County, where she bought land to build on. “I ended up creating what was my idea of a modern house,” she says. “It’s a very different style from what I’d built before.”

Fortunately, it’s a style that suits her as the COVID-19 pandemic started a few weeks after she jettisoned her Manhattan pied-à-terre. It’s here where she and Tootsie have spent the majority of the past year and a half.

A practitioner of Transcendental Meditation since 1970 and a frequent visitor to India, Mason filled her home with statues of Ganesh and Buddha that she brought back from her trips. The 20th-century console is French, and the antique blue rug is Nepalese.

For the interiors, Mason, with the help of her friend designer Michael Halpern, fashioned a series of discrete looks, ranging from form-follows-function to paroxysms of intense colors. Regardless of style, each space is connected by the through line of a life well lived.

Leading into the living room is a hallway decorated with an eclectic array of art and objects from opposite ends of the earth. There is an antique-inspired French console and Fauvist-colored Western paintings that contrast three large Buddha sculptures, an even larger one of Ganesh, and a blue-raspberry-hued Nepalese rug. The living room is a pell-mell of red lacquer bookcases, vintage Mexican ball chairs, an ornate Egyptian games table, and effigies of Thai goddesses. Her approach is not simply a glib series of East-meets-West moments, though. Mason has been a frequent visitor of Eastern countries like India going back many decades and a practitioner of Transcendental Meditation since 1970. Twice, she spent time in the Gurudev Siddha Peeth ashram, two hours northeast of Mumbai.

Natural light fills Mason’s bedroom, which features a pendant from Bone Simple and wall sconces from Circa Lighting. The roman shades and curtains are of Holland & Sherry fabric.

The design of the house and the accumulation of furniture and objects within, Mason says, represent “all the years of my adult life.” But her process also included time spent disburdening herself of things from the New Mexico house. “You have to come to a place where you want to strip down to essentials,” she says. “I do have a place in my heart for everything I had to leave behind, but the ones I kept are absolutely what worked best.”

Beyond the calculated frenzy of motifs and colors throughout the house, there are also quiet corners—intermissions, if you will—decorated with personal ephemera. Mason has all of her award nominations framed and presented in her office above a traditional black, nail-headed armchair. On the mudroom wall, there is a photographic chronicle of yet another dramatic life she led—that of a professional racer. Her friend, the late actor and race-car driver Paul Newman, recommended she give the sport a try. “I raced cars for seven years,” she says, but gave up a few years after moving to New Mexico. “I could only do so much.”

This content is created and maintained by a third party, and imported onto this page to help users provide their email addresses. You may be able to find more information about this and similar content at piano.io

Wed Jul 14 , 2021
A Kmart shopper has revealed how she revamped her bathroom using a new cult decorating buy. Sharing on a popular Facebook page, Kmart fan Tee said she gave her tired and dated bathroom a modern coastal makeover using the store’s new Self Adhesive 3D Mosaic Tiles. The $25 packs of […] 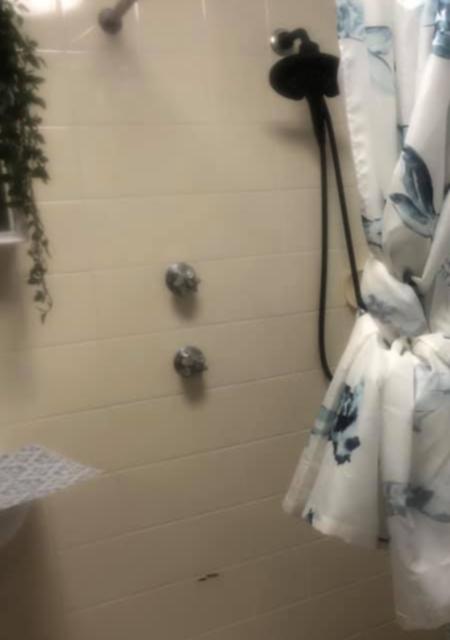